4 Dangerous Router Attacks to Watch Out For 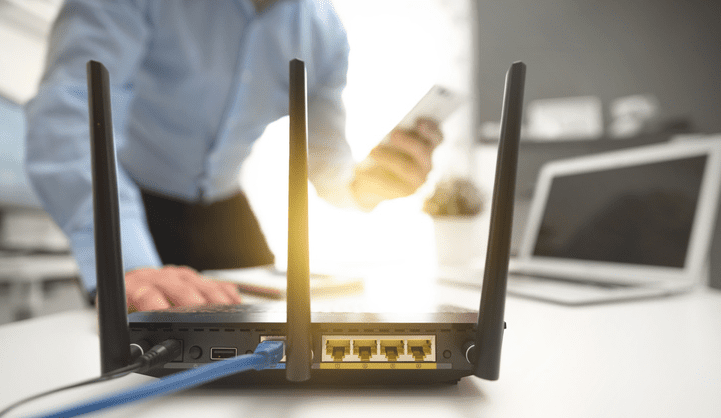 In the age of ransomware attacks and other data breaches, securing your network is more important than ever—and that includes Wi-Fi. Watch out for these common router attacks that can put a company offline relatively easily.

Distributed denial of service (DDoS) router attacks are among the most difficult to prevent, because they can occur without warning.

As mentioned previously, DDoS attacks are incredibly hard to stop due to the fact that they often strike instantly.

It’s highly recommended to use a behavior monitoring and intrusion prevention system in order to detect an incoming DDoS attack. Additionally, firewalls are capable of preventing small-scale DDoS attacks.

A brute forces attack involves a hacker using a type of software that rapidly guesses random passwords to a Wi-Fi network or router until the right one is entered. From there, the hacker can access virtually any device that’s connected to the Wi-Fi.

The best way to prevent brute force router attacks is to use a strong, complex password that is difficult to crack. Use this secure tool to test how long it might take the average password cracking software to guess your credentials.

Zero-day vulnerabilities are unintended flaws that cybercriminals can easily exploit in order to breach a device or network.

One of the best ways to prevent zero-day exploits is to be proactive and check occasionally with the manufacturer of your router to see if there are any firmware updates available. In addition, take steps to secure the rest of your network, so even you do get breached by a zero-day exploit, there’s not much else the hacker can take advantage of.

Malicious software contracted from websites and email attachments can not only infect a computer, but a router as well. Once malware infects a router, it can do anything from changing its DNS settings to siphoning sensitive data from the network.

Get in Touch With Us
Categories: Cybersecurity, Router, Wireless InternetBy Aaron MattsonJuly 11, 2019