How to Make the Most of Those Black Friday Tech Deals

It’s hard to imagine that in just two days, you, me and millions of other Americans will roll out of bed, lace up our boots and risk our own personal well-being (all before the sun dares to show its’ face) just to get a deal. Well, I say just. On no other day during the calendar year will you find quite so many deals for so many different products.

For us in the tech industry, Black Friday gives us the opportunity to test and buy some of the products (on the cheap) that we have been dreaming of for the past eleven months. But, we’re not always impressed with the tech deals on Black Friday and it can be more than a little irksome to see the term deal stamped on a subpar product. Listed below are some tech products you will want to avoid as well as how to make the most of those Black Friday tech deals.

Technology is expanding so rapidly that it can be a little difficult for the average consumer to keep up with the latest tech trends and jargon (honestly we have a hard enough time keeping up). And all of that change can leave you vulnerable to bad Black Friday tech deals. Here are the ones you’ll want to avoid this year. 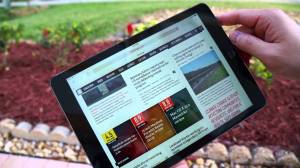 PC Mag, we think, has offered the best review on cheap unnamed tablets. Basically, if you see a tablet that just says “Android tablet” and, “costs less than dinner for four, there’s a good chance it’s a piece of junk.” Instead, try out the tablets you can trust (like the iPad Air, Google Nexus or Samsung Galaxy Tab S).

I bought a DSLR 3 years ago and, I have to say, I love it. But, as good as those DSLR Black Friday tech deals might look now, they’ll look even better in a couple of months. If you can wait until after the Consumer Electronics Show (January 6th-9th) you’ll get a much better deal as camera companies introduce new products.

Every year there is a new hot TV deal on Black Friday. And, every year they fail to meet expectations (making high end TV’s one of the worst Black Friday tech deals you can find). Last year was the year of the SMART TV, the year before that was the 3D TV and this years latest trend is the 4K TV (which is supposed to be like HDTV on steroids). Unfortunately, these super ultra-HD TV’s are pretty much useless seeing as your Blu-ray player maxes out at 1080p (about 1/4th of the resolution of a 4K TV. So, keep a 4K television off your holiday shopping list (at least for this year).

It’s Black Friday so you’re sure to see all sorts of deals on computers and, unfortunately, most of those deals will leave you disappointed. For less than $500 your chances of getting a quality computer is slim to none (which will probably turn your $200 purchase into little more than a paperweight). If you truly need a computer that can surf the internet, use word processing software and that is lightweight you’re going to want to opt for a name-brand tablet instead. They’re cheaper, less prone to viruses and easier to carry around making them one of our must-have Black Friday tech deals.

Hopefully these tips help you find some of the best Black Friday tech deals and check a few of the boxes off of your holiday shopping checklist. But, if you can’t get all of your shopping done on Friday never fear; Cyber Monday is just around the corner. Just be sure to go over our Cyber Monday safety tips blog to make sure you keep your finances out of harm’s way. Stay safe and Happy Thanksgiving from all of us here at TCI! Take care!

Get in Touch With Us
Category: TCI TipsBy lbergenNovember 26, 2014