Why You Need to Stop Ignoring Software Update Popups 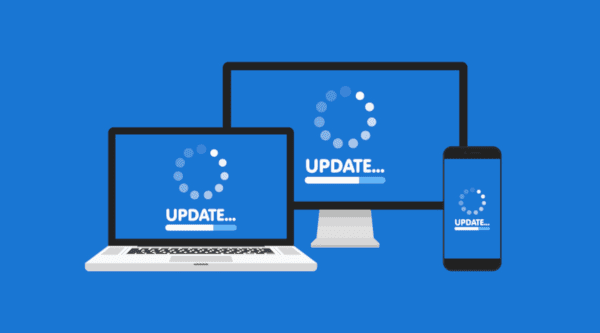 As tempting as it might be to simply close out of those annoying software update popups that seem to appear every few minutes, there are a few reasons you shouldn’t. Whether these popups are coming up on your phone, your tablet or your desktop, here’s why you shouldn’t ignore them.

Why Software Update Popups are so Easy to Ignore

Everyone hates popups, so it’s only natural that you close out of them. The fact that most software update popups contain relatively little context about what the updates actually contain make them even easier to ignore.

The reality is, most updates are extremely important to the overall well-being of your computer and even your company network.

What Do Software Updates Contain?

First and foremost, many updates, whether it’s your operating system or your web browser, contain highly important security patches.

When hackers find exploits within a software, the software manufacturer must find a way to fix it and issue that fix via a security patch. The longer you go without installing that security patch, the more likely you are to fall victim to a cyber attack.

Manufacturers are also constantly working to fix bugs within their products. Sometimes these bugs are annoying yet harmless, other times they’re downright terrifying.

For example, in February, Apple released a software update for iPhones and iPads that fixed a bug with FaceTime that essentially allowed people to eavesdrop on others.

If you neglect to update your software, in general, it will likely get slower and slower. Keeping up with software updates simply saves you time and helps you be more productive.

What is NOT a Software Update?

As you’re browsing the internet, you may occasionally see a popup telling you that your computer is infected and urging you to do something immediately, like update your antivirus or perform a virus scan. This is known as “scareware.”

Don’t act rashly. Instead, examine the popup. Does it actually appear to be from your antivirus? If not, then you can assume it’s fake.

Advertisements and content offers are also common types of popups. They’ll encourage you to fill out a form with your information in order to be able to download something, like a whitepaper or eBook.

The next time you get a software update popup, don’t ignore it. Instead, see which program it’s from. You can usually enable automatic updates, which will keep your device up-to-speed without all of the annoying popups.

Get in Touch With Us
Categories: Cybersecurity, Software UpdateBy Aaron MattsonApril 16, 2019