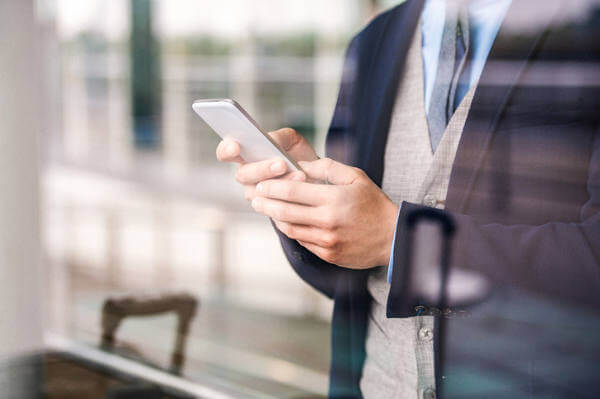 At long last, the Samsung Galaxy S8 is ready to hit the market. In this blog, we’ll discuss our favorite features of the newest Galaxy as we excitedly anticipate its release. Let’s begin!

It’s officially confirmed: the Samsung Galaxy S8 will be released in the United States on April 21, 2017. You can pre-order yours today and have it delivered straight to your door.

Top Features of the New Galaxy

Many reviewers have argued that the Galaxy S8 is one of the best-looking phones ever.

Since the screen makes up the entirety of the phone’s front side, the home button is on the back, next to the camera. This requires a little bit of an adjustment, but it’s nothing you won’t get used to within a few weeks’ time.

Above we mentioned durability briefly, but if you’re not convinced, just watch the video below. And yes, it’s real.

One cool new feature of the Galaxy S8 is “DeX,” which basically allows you to transform your phone into a mini computer. It requires a separately-sold dock, which connects to an HDMI monitor.

Once the phone is docked, a desktop that looks like Windows 10, but contains your phone apps, pops up on the monitor. It’s compatible with Microsoft Office, Adobe mobile apps and much more. They all offer seamless user experience on the virtual desktop.

For those who are concerned about security, the phone is protected by Samsung Knox whenever it’s connected to the DeX dock.

Bixby, Samsung’s virtual assistant, provides a fresh, new way to use your Galaxy. You’ll be able to use voice, touch or vision to interact with Bixby.

The Bixby Voice feature is like Siri, Amazon Alexa and Google Voice Search because you speak commands to it. However, it will be limited at launch—you can toggle your Wi-Fi on or off or send someone a text, but won’t be able to launch internet searches.

Bixby Home is the touch element. It uses Google Assistant-like cards to give you information such as the news, your step count and things you do habitually on your phone, like email a certain contact at the same time each day. To access it, just swipe to the left of the home screen.

And finally, Bixby Vision uses the camera to read text, identify various objects and scan QR codes. For example, you can hover the camera over a piece of text to upload it to Google Translate, or scan the covers of books to shop for them.

After the controversy of exploding Note 7 batteries, we should expect Samsung will develop a safer battery for the Galaxy S8. While only time will tell, we know for certain that the S8’s battery is expected to out-perform most others.

The battery is supposed to hold a longer charge after 6 months, a year and two years than the S7. Most batteries hold about 80 percent of their charge after two years, but the S8 should hold 95 percent.

Overall, we expect the Samsung Galaxy S8 to live up to the hype. Its sleek design, incredible durability and improved battery make it one of the best. And if you’ve got a Sam’s Club membership, you can get a serious deal on it. Enjoy, and comment on this blog post with your favorite smartphone!

Are the new iPhone X Features really Worth the Money?
November 14, 2017