Talk of airborne, unmanned hacking devices has come to light after an email exchange between a Boeing subsidiary and the Hacking Team, an Italian malware manufacturer, was leaked. The proposed drones would be able to invade Wi-Fi networks and take control of any users on the network.

The breach of the Hacking Team resulted in tons of leaked cybersecurity exploits and documents showing their exchanges with various governments and corporations interested in purchasing the malware they for which they are so infamous. Among those leaked documents was an email exchange that detailed a proposal between the Hacking Team and a Boeing subsidiary known as Insitu to collaborate and build a flying drone able to deliver spyware from above via Wi-Fi networks.

Why are the Drones So Dangerous?

The proposed drones would make use of TNIs, or tactical network injectors, which are portable, physical devices that an operator can plug into a network the target is using, like an open Wi-Fi network. When a person on the network uses the internet, even for something as simple as watching a YouTube cat video, the TNI intercepts the traffic and injects malicious software into them victim’s computer. By utilizing a TNI, a drone would be able to attack Wi-Fi networks from above and it wouldn’t need to be terribly close to the target. The long distance from which the drones could infect a network combined with the vulnerability of internet users who are doing relatively safe activities online is very alarming. 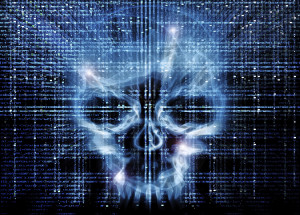 So, where are the Drones?

The start of the malware drones did not happen because lawyers representing each company were unable to come to terms about a non-disclosure agreement. The idea was for Boeing to supply the engineering and for the Hacking Team to provide the spyware. The Hacking Team is unfortunately really good at producing malicious software. The malware leaked after their breach has recently lead Microsoft and Mozilla to take some urgent security measures.

There has also been speculation that Boeing and the U.S. government were involved in contracts about surveillance. If that speculation is true, the drones may be a possibility still. Though the email conversations between Insitu and the Hacking Team didn’t get very far in the way of developing the drones, they show that the technology and engineering are readily available.

Get in Touch With Us
Category: NewsBy lbergenJuly 29, 2015