The 7 Sweetest Features of Android Nougat 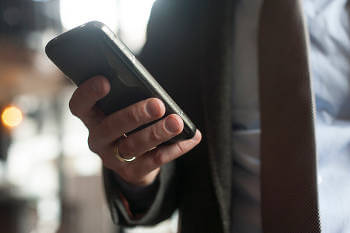 The staggered release of Google’s latest and greatest operating system to Android devices has been frustrating for many, to say the least. But, as more and more devices receive the Android Nougat update, it pays to know what its best features are.

7 of our Favorite Android Nougat Features

Smartphones, both Android and Apple alike, are notorious for their slow update speeds. While they update, they’re rendered useless for about 30 to 45 minutes.

With Android Nougat, that’s changed. Updates are installed in the background, meaning you can go about your business on your smartphone during the process. All you have to do is restart your phone after the update is finished.

Other Android operating systems have features in place that prevent you from exceeding your monthly data allotment, but Nougat takes it to the next level.

Project Doze, which refers to Google’s efforts to preserve your phone’s battery while you’re not using it, came out with Android Marshmallow. In Nougat, it’s seen some major improvements.

When your phone’s screen has been off for a set amount of time, background operations automatically slow down. This preserves a ton of your battery life.

Receiving a ton of alerts in your notifications tray can make it difficult to sift through and find the most important ones first.

Nougat gives you the option to bundle notifications based on app, so important banking alerts won’t get lost in a sea of notifications from, for example, the Facebook page for your friend’s surprise birthday party.

Notifications from apps can also be given a priority level based on how important they are to you. This is another great way to ensure you don’t miss out on important alerts.

Turning them on is a little bit complicated, but How-To Geek provides an extremely simplified guide. You can find it here.

At last, you can view two apps at the same time in a split-screen style display. Tap the Overview button (square icon) to open multitasking view, then drag an app title bar to the top or left of your screen. Then, you can pick another app to view alongside it. The black bar in the center adjusts how much space on the screen each one gets.

This makes multitasking so much easier—kind of like having a dual-monitor computer in the palm of your hand.

This point is far less exciting than the others, but it’s still important. Android Nougat offers file-based encryption, rather than full-disk encryption like Marshmallow.

We’ll skip the boring technical explanation of what that means and leave it at this: your personal data is much better protected this way. However, we still recommend encrypting your phone manually, because it just gives you an added layer of protection.

So whether Android Nougat is available for your device or you’re still waiting for it, we hope you put these sweet new features to good use. In the meantime, make sure you know how to prevent viruses from infecting your device. Remember, it’s not invincible!